About the Task Force

The task force met with working groups, legislators, stakeholders, scientists, tribes, local governments, and numerous entities to develop recommendations for recovering orca. The task force took the draft recommendations to the public for review multiple times and received 18,000 written public comments, helping to craft the 2018 and 2019 reports. The reports resulted in 49 recommendations for new investments, policies, and laws to help orca recover. These initiatives are categorized into the following six goals:

The 2018 report provided 36 recommendations in the initial four goal areas. Several of these recommendations could be implemented immediately; however, others required legislative actions. The task force tracked the progress made during the first year and continued to identify outstanding needs. This led to the additional 13 recommendations in the 2019 report. These additions focused on addressing climate change, human population growth, and continuing the efforts of orca recovery.

The Governor also created an orca recovery position in the Governor’s Salmon Recovery Office to track implementation of this long-term plan. This Web site was created to share progress on the task force recommendations and to help partners and the public engage in recovery. 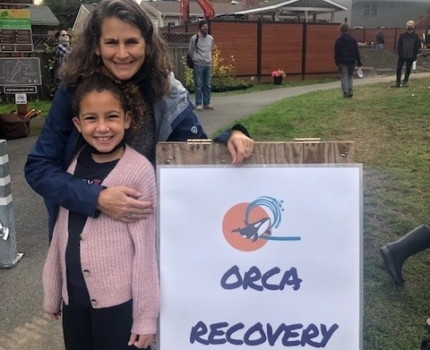 Want to Get Involved?